Peter Haden was born on 30th April, 1939, in Johannesburg. Obtained B.A. at University of the Witwatersrand, Johannesburg;

from 1960 to 1963 he studied physics at the Oxford University, U.K.; mainly self-taught, began painting from 1960, later sculpting.

Peter Haden moved to Geneva in 1971 where he married Angela Goldman on 15th December, 1975;

he died in Geneva on 20th December, 1997,  survived by his wife Angela Haden and their children Sarah, Georgina, Eva

(including "Double Heads" in bronze, illustrated in The Star, Johannesburg - 24th April, 1971)

1975 Peter Haden moved to the art of calligraphy, subsequently he made a series of bronze sculptures based

on the Hebrew, Arabic, Greek and Latin alphabet.

1980 The Achim Moeller Gallery, London, exclusively represented him then

(Five sculptures including: Cronos and Demeter, Sails of Time, Performing Time, Another dance to the music of time) 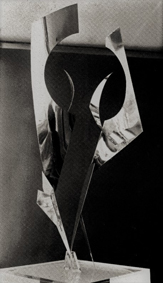 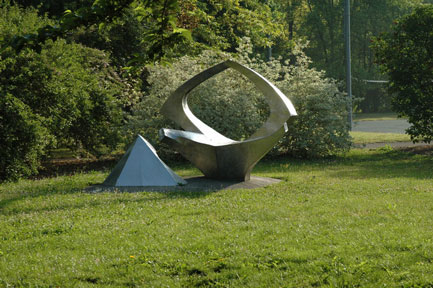 (2 bronzes, one of which illustrated)

Elementary Knowledge: a story of the creation of the Hebrew Alphabet (Haden) (Galerie Patrick Cramer) (1980) 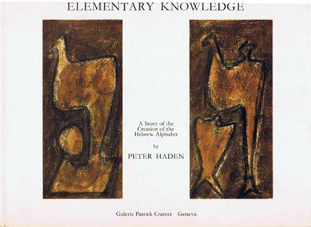 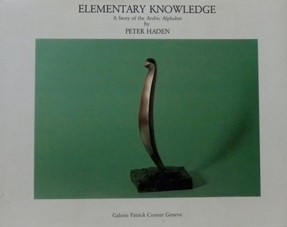 25th anniversary clock of the Clock Museum in Geneva)

Other bronzes sold on auction

This memorial webpage was updated on 30th July, 2019

We thank Dr Gavin Watkins in Sydney and the Peter Haden family for making their archives available.